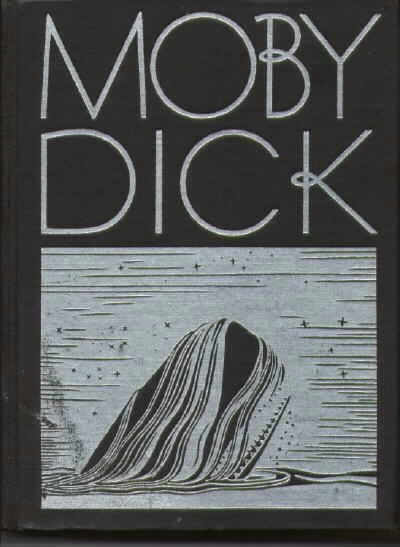 “Call me Ishmael.” It may be the most widely known and evocative opening in fiction ever written.

Liquorature’s February 2013 book was Herman Melville’s daunting, massive, intimidating magnum opus “Moby Dick”, which has a perhaps underserved reputation of being hard to read and harder to get through (unlike Dumas’s unabridged “Three Musketeers” where the opposite is true). Like many other “great” novels, it is perhaps more scary in abstract than in reality, because, re-reading it for the first time in thirty years, I was struck by how (relatively) short it actually is. And like many other books I’ve appreciated over the years, it succeeds in marrying perceptive character studies with not only a fully realized, practically foreign world, but solid philosophical underpinnings just tailor made for meandering conversations.

“Moby Dick” is so well known, and so well established in the field of letters, that it seems almost superfluous to assess the plot, which can be summed up by simply noting it’s the whaling voyage of the Pequod, which, under its obsessed, part-mad Captain Ahab, seeks to find and destroy the white whale. But within that simple narrative structure coil greater questions about the nature of good and evil, free will and choice, man’s relationship with God, madness, obsession, racism, defiance, friendship, duty, death, and even ruminations about the meaning of life itself. It channels the Bible and Shakespeare (notably Macbeth and Lear). If one can embrace the rather heavy handed Victorian prose – I highly recommend that a reader take time with this novel and not speed read through it – it will fuel more conversations than half the rums in my collection. I won’t go in depth about the plot, except to note that after many foreshadowings, speeches and events, it all climaxes in a thrilling three day chase, where, at end, all perish but Ishmael, who survives in…a coffin.

Like many books ostensibly speaking to and about a larger than life character, Melville chose to write from the perspective of an observer – Ishmael. Ishmael is an archetypical innocent abroad, and we learn about the business of whaling, and the other people aboard (for this is a “lifeboat” or “ark” story too) through him. His voyage of discovery is ours, right from the point where he naively castigates the innkeeper of the Spouter Inn regarding Queequeg’s selling a shrunken head. Ishmael gradually takes from many different points of view in an effort to form his own opinions, as we must ourselves in our journeys through life. A notable example of his growth is his friendship with Queequeg, a man of a different colour, culture and faith, with whom he finds a common human experience underneath all the differences that supposedly would set them apart – all the more amazing since even handed treatment of an interracial, intercultural (and implicitly homosexual) relationship was written in the pre-Civil War years.

A key point of the novel is whether the whale is consciously evil or not, from which flow other questions like whether his attacks are random and defensive or deliberate and offensive, which in turn allows us to consider the relationship of a civilized, self-aware human being with the more elemental forces of nature (or even the stupidity of hunting an animal that doesn’t have a notion of revenge). My own take has always been (like Starbuck) that the whale doesn’t have any particular beef with Ahab, but isn’t about to get harpooned just for fun either, and will mess up anyone who tries…quite successfully. And I suspect Melville shared this view: observe Ishmael’s perusal of the painting at the inn, where he notes that the whale is “exasperated”. Blinded by his own madness, willing to risk everything (including ship and crew) to kill the whale which so badly damaged him, Ahab imputes motive and villainy to the animal, perhaps projecting his own fierce character onto the whale in a vain effort to suggest that there was meaning to his loss, a greater design of the universe…and that his tragedy was not his own fault. But consider also that a natural creature without morality that fights or defends itself from instinct, also has no mercy, which brings to mind the films “Jaws” or “Alien,” both of which featured impartially hostile forces (and in the latter, a single survivor in a lifeboat).

All this said, Moby Dick has its issues for the modern reader. The chapter on Cetology has probably repelled more students (or put them to sleep) than any exam on obscure points of Shakespeare ever set. The alternating monologues, reflections and lowbrow interludes skewer a narrative which we want to be more smoothly running…it’s like a sputtering engine on a cold day, turning over but not quite catching. At the end we are left with a novel that is a mirror of its own chapters regarding the different parts of the whale (“The more I consider this mighty tail, the more I deplore my ability to express it”) – we see the pieces without every quite coming to grips with the whole. In this lies both its difficulty to the modern reader, and its power. Because when you get down to it, Moby Dick can be approached in many different ways and from several perspectives. And it’s instructive to note that Melville cleverly did not state his own predilections in black and white: he expressed (so far as I could see) no opinions as to which side was “right”. Instead he put all the events and speeches and actions out there, leaving the reader to make up his own mind.

Herman Melville was an American author whose first three novels gained much success in the 1840s before he sank into relative obscurity – though he continued to publish less successful works for many years afterwards – from which he was only rescued in the 1920s by various academics who reviewed his life and works and linked him to the emerging Modernist ethos. Moby-Dick was published in 1851 and was not immediately seen for the classic it now is (probably an inspiration for every unsuccessful novelist seeking to pen the next Great American novel). In point of fact, it received scathing reviews, especially in England where it was first published, mostly by influential critics who were confused by the lack of an epilogue (where Ishmael survives) and did not appreciate the writing style. And in America, reviewers took their cue from there. It did not help that by the time the book came out, the whaling industry was in decline and maritime adventures no longer a focal point of literary curiosity…the west was. It took decades for the novel to receive a fairer hearing.

After all this time, Moby-Dick remains one of those seminal books which had an influence over many generations, and in many fields. In its pages we can see Lovecraft and Stephen King’s themes of monstrosity hidden beneath a banal façade; it supplies a subterranean metaphor for the fight against overwhelming, faceless odds, for American dreams of exceptionalism, the monomania of political and financial overlords who care little for the lives they impact; Jackson Pollock and Frank Stella did paintings referencing the novel; and there are tons of movies that take the unstoppable leviathan as their motif (like the Terminator). And of course, how could I not comment on “Star Trek II” with a deliciously over the top Ricardo Montalban quoting Ahab at every turn (as did Sheldon in “The Big Bang Theory” when he quoted the quote, so to speak).

In fine, Moby Dick is rightfully regarded as a classic, and will remain there for as long as people puzzle over the meaning of life. The novel is an ocean of metaphor and allusion from which we can take any perspective we wish, interpret it how we feel, and still not come up with a definitive answer to anything. A tough read it may be, and a coherent narrative it is not. But for those who take the time to pass through its pages, it can be a literary treasure that rewards the effort taken to complete.