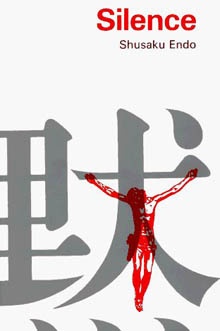 Whoa.  Ummm…if ever a book took us to a place of stuttering uncertainty, this may have been it.  There is depth.  There is questioning.  There is empathy.  There is, more than anything, enough to make even the atheists among us reflect on what it means to have a belief in something so strong you’re willing to die for it.  It actually goes further than that, asking us to contemplate whether our beliefs are so strong we could allow others to die for them.  I can’t say I enjoyed paging my way through this one, but I took immense gain from what it made me contemplate.

I’ve said it before…Jay comes up with some unbelievably random and far-reaching picks.  This was just another case in point.  It left a roomful of guys sort of speechless and inarticulate, in spite of all our fumbling to come to grips with it.

But let’s lighten the mood a little.  Every one of our club meetings begins with a formal book discussion and whisky appreciation, but after we’ve exhausted our respective talking points on the book of the month it is simply a night of guys being guys.  Hanging out…sharing laughs…making memories.  This gathering may have started out somewhat somber and riddled with ‘what the fucks?’, but it soon turned into every other event.  Exactly as it should be.

The food was good, the drinks were solid (excepting one sulphured mess of an independent 13 year old Ben Nevis) and the company was ideal.

Coming full circle to a darker note here, this was Lance’s last night with us, before his exile to the middle east for work.  We know this is not a permanent situation, but it is indefinite.  As I write this piece we are closing in on three years gone.  Miss ya, mate.  Look forward to seeing you back.

This night has gone down in Liquorature lore as a lesson in not missing our monthly meetings.  Only three people made it to this one (Pat, Clint and I).  This was truly unfortunate, as it was arguably the most enjoyable gathering to date.  Put simply, it was the perfect marriage of all the ideals that come together to make Liquorature a reality.  Nice whiskies, fantastic food, a well-written controversial novel, great discussion and brilliant company.

Chef extraordinaire, Ostby, prepared a nice BBQ pork, salsa fresca, cheeses, etc.  After feasting we continued the slow nibble through the eve.  Clint has since found his services in demand for other hosting duties.  Hey…the man runs a mean grill.

Blood Meridian.  Sigh.  An absolute masterpiece, if you ask me.  However there are others here who may have a thought to share on that (ahem…Watson).  Very polarizing book.  Interestingly enough, I think the three of us who held the book in the highest esteem were the three who made it to this meeting.  Extremely deep and interesting conversation rife with speculation regarding all of the metaphysical content in the book.  Much consensus regarding personal opinions of the book as well.

We spun the Earth – Hex album for some droning Western music to truly set the mood, and followed it up with a little Neil Young – Harvest.

One of, if not, the best meeting so far.  Should mention the serious ‘Slash’ bromance that followed book discussion (Pat…you’re such a softie…when it comes to Slash).  Thoroughly enjoyable evening.  Topic conversation about two hours, and came back to it a bunch more through the course of the night.

This was the novel which gave Liquorature its ‘godforsook’ adjective to describe those less than appreciated works.